Have you ever wondered how interesting object comets are? And do you want to explore how behaviours & patterns of comet & planet can be drawn to a professional set up? Read on.

A planet is a celestial object that orbits the Sun, has enough mass to support its own gravity and can be differentiated from fixed stars by the apparent motion it appears to be making.
Additionally, comets are icy balls of rock, dust, and gas that are pointed away from the sun.

Under the influence of the primary planets’ and stars’ gravitational pull, the comets’ Orbit constantly keeps changing.

People who are Comets may draw a lot of attention and inspire people with their innovative ideas, unique perspectives, etc. However, they must modify their strategy anytime they reach a certain group of people or organizations on the earth. Additionally, comets occasionally possess the sufficient force to defy gravity and strike the planet. However, the comet will eventually disintegrate while the planet will continue to exist and occasionally give new life to every bit of ice and mineral the comet was carrying. Likewise for the populace. When planet-type individuals clash with comet-type individuals, they will become aware of this collision, draw conclusions, acquire new skills & knowledge and modify their daily routine to increase their resilience and generate fresh perceptions or ideas.

You could have found some patterns if you considered the kind of persons who are Planet and Comet in managerial roles.

Some employees frequently stick with managers of the Planet-type. These individuals might not be very gorgeous, sparkling or brilliant and they might not draw as much attention from others or push you to the limit. However, that greatly increases your sense of security, predictability and control over the present and the future.

With a Comet-type manager, you can never know what will occur tomorrow. Your life, career, and future cannot be built. Because there are too many outside influences on the comet’s orbit that you cannot anticipate, control, or even alter.

People on Earth think of Mars as a different world when they consider relocating to another planet in space. Due to the predictable routine components, we might be able to adapt to that. On the other hand, nobody ever waits for a comet to pass through our galaxy before boarding it and flying off.

Did you notice something similar when think about your next Role or next Employer?

You too can set out anonymous exploration wherever you go to learn from anyone and anywhere.

How To Be An Effective Public Speaker

How To Manage Work-Life Balance

All of us want to perform and get the best results. However the methods, techniques and ways of performing differ on an individual basis. For an optimum level of performance you need to be physically and psychologically fit. A car’s … 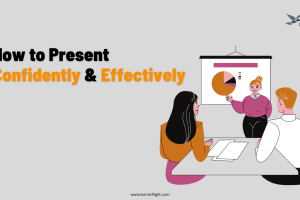 How to Present Confidently & Effectively 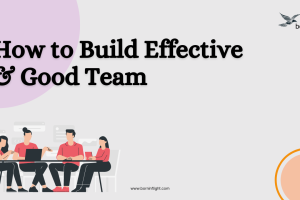 How to Build Effective & Good Team

Born In Flight is a global Coaching and Consulting company providing expertise in the area of Human Development and Growth since 2014. Born In Flight is dedicated to support you in creating sustainable success in your career/enterprise. Head-quartered at Bangalore, India, Born In Flight has strong presence in over 7 cities across India.

Reach Out To Us